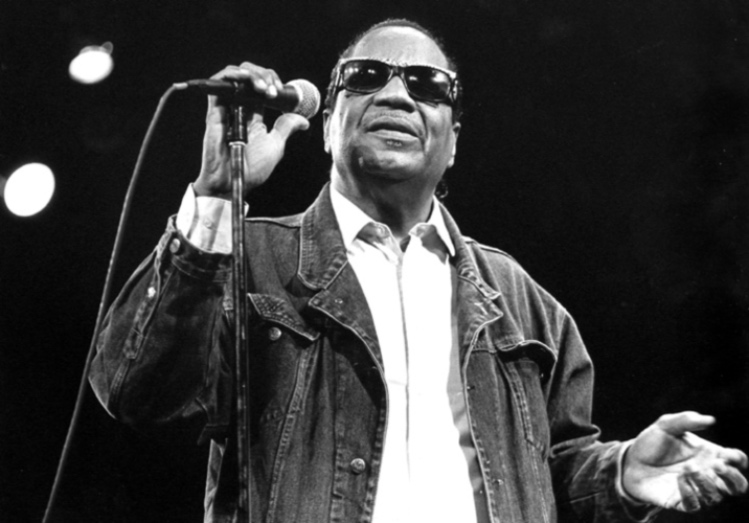 Gospel pioneers, the Blind Boys of Alabama have held true to the good word since the 1940s, when Fountain and Jimmy Carter co-founded the group with George Scott, Velma Bozman Traylor, Johnny Fields, Olice Thomas, and the only sighted member, J. T. Hutton. Fountain was born in Tyler, Alabama in 1929. When he was two years old he lost his sight, and when he was eight years old he went to the Talladega Institute for the Deaf and Blind in Alabama. When they first started, they called themselves The Happyland Singers and changed their name to the Blind Boys in 1939. In 1944, the group moved to Birmingham, performing shows on radio stations like WSGN, followed by WKAX. Over the years, even as they were presented with opportunities to secularize their music, the Blind Boys stayed true to their gospel sound. The band has won numerous Grammy Awards, were inducted into the Gospel Music Hall of Fame and in 1994, the National Endowment for the Arts awarded a National Heritage Fellowship to the group.

Fountain’s passing was announced by the Blind Boys‘ long time manager, Charles Driebe, and leaves Jimmy Carter as the only remaining original member of the group. Fountain was 88, lived in Baton Rouge. With his health in decline, he has not been touring with the group since 2007, however he did record with them, and is on the band’s 2017 album, Almost Home.

Below, watch a performance of Clarence with the group and an interview he did about the origin of the band.

This article was written for WXPN’S GOSPEL ROOTS OF ROCK AND SOUL.