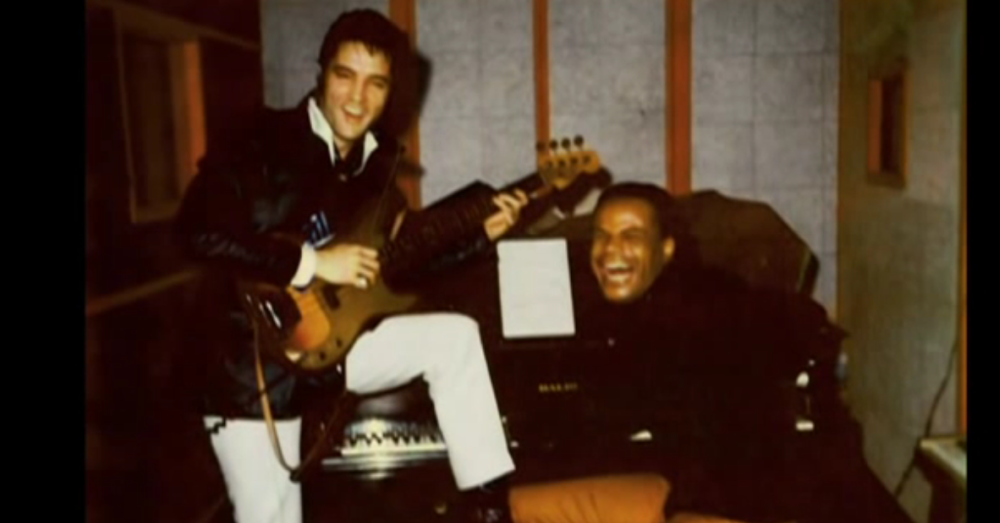 Gospel and R&B singer Roy Hamilton was one of Elvis Presley’s favorite singers. Born in Leesburg, Georgia in 1929, Hamilton began singing in his church choir when he was six years old. When he was 14, Hamilton moved with his family to Jersey City, New Jersey where he became a soloist in the Central Baptist Church Choir. In 1948, Hamilton became a member of a gospel quaretet, The Searchlight Singers. It wasn’t long before Hamilton was in the secular music spotlight though, winning a talent contest at the Apollo Theatre in 1947. In 1953 he was discovered by a local disc jockey, Bill Cook, who became his manager and got him signed to a record deal at Columbia Records. Hamilton recorded a demo that included one of the few secular songs he knew at the time, “You’ll Never Walk Alone,” written by Rodgers and Hammerstein for the musical Carousel. Hamilton’s recording of it went on to become one of his biggest hit songs, reaching number one on the Billboard R&B charts in 1964.

In 1955, Hamilton went on to have his second number one R&B song with an early version of “Unchained Melody,” written by Alex North and Hy Zaret. Ten years later the Righteous Brothers would have a massive hit of the same song. Hamilton’s trademark baritone soared on his version of it; when compared to the Righteous Brothers’ cover, you can hear the influence that Hamilton had on Bobby Hatfield’s lead vocals on the song.

Known as “Mr. Rock and Soul,” Hamilton recorded numerous studio albums between his 1954 debut album, and his last studio album, The Impossible Dream, released in 1966. As a singer, Hamilton could croon like Nat King Cole, and had the vocal power and confidence of Jackie Wilson. Throughout his career, Hamilton appeared on the Ed Sullivan show and was on American Bandstand numerous times, and he appeared in the 1958 film, Let’s Rock. In 1960 he released Spirituals, (listen below), a beautiful collection of spiritual and gospel songs, before he went back to record albums of pop and R&B songs.

Hamilton met Elvis Presley in January, 1969, just months before Hamilton passed away at the young age of 40. Presley was recording at American Sound Studios in Memphis, as was Hamilton. In his book, Elvis Presley: A Life In Music, author Ernst Jorgensen writes that Elvis was impressed with Hamilton’s singing, writing that “Hamilton often cut the kind of big-voiced, soulful ballads and religious songs Elvis aspired to sing.” Below, watch some footage from the meeting Elvis and Roy in the studio.

Below, listen to Hamilton’s 1960 album, Spirituals. On it, he covered traditional classics like “Down By The Riverside,” “Go Down, Moses,” “Sometimes I Feel Like A Motherless Child,” “Swing Low, Sweet Chariot,” and others.