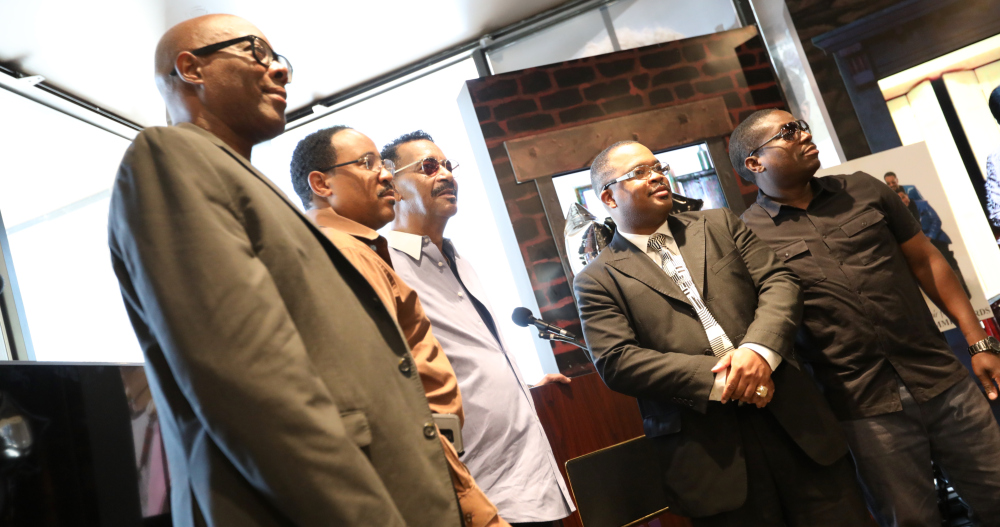 The Dixie Hummingbirds are about to celebrate their 90th anniversary, and today at a press conference at the African American Museum in Philadelphia announced a yearlong celebration of live concerts, a reissue of their 2011 album, Gospel Praise Songs – Powered by Gospel, a number of celebratory and tribute events, and a 2019 United States touring stage production, From Streetlights to Spotlight. The year long celebration, called “The Magnificent Flight of the Dixie Humminbirds,” was announced by Ira Tucker Jr., the leader of the Dixies, whose father Ira Tucker, Sr., became the group’s lead singer in 1938. The year long celebration begins Wednesday, August 29th when the Dixie Hummingbirds perform a live concert from World Cafe Live in Philadelphia as part of the Gospel Roots of Rock and Soul project. The show will be webcast live on this site below, and on WXPN via VuHaus.

Formed in 1928 in Greenville, South Carolina, the Dixie Hummingbirds made their recording debut in 1939 on Decca Records. In 1942 they relocated to Philadelphia, where they have since become one of gospel music’s most important and significant groups. When they moved to Philadelphia, founding member James B. Davis bought a house at 23rd and Girard Avenue, used it as a rehearsal space, and in 2017 the Commonwealth of Pennsylvania and the City of Philadelphia commemorated it with a historical marker. 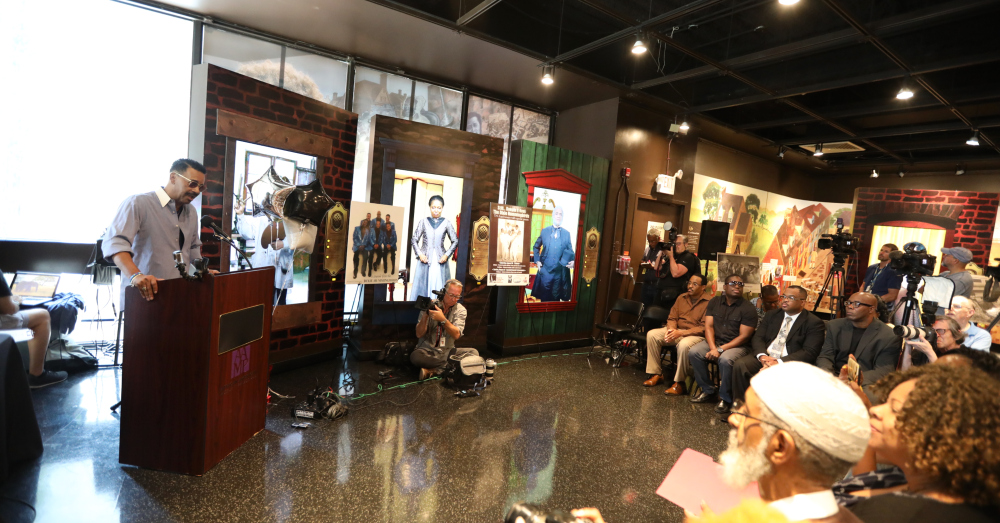 Speaking at the press conference on “behalf of every man that ever wore a uniform of the Dixie Hummingbirds,” Ira Tucker Jr., was upbeat about the group’s place in gospel music and the upcoming celebration, however was concerned about the disappearance of the music. Urging folks to keep the music alive, he said: “We are about to lose a genre of music because gospel music – at least traditional gospel music – doesn’t get any airplay. They don’t pick our songs to do commercials, but they did for one – and that was a choir song, “How You Gonna Play The Rent?” What we’re hoping is that with our 90th anniversary is you to tell our story.” That story, said Tucker, includes what it was like driving through the South with six men in a big Cadillac and “enduring all types of racism,” and how with gospel they overcame the hardships, of how it built community and how it “brought us closer to who we are and what we do.”

Tucker continued: “Traditional gospel music is not just something that people sit around for years and just clap their hands and enjoy. This music has meaning as a message of spirit and we need you to tell it. We need you to tell how in 1928 when Mr. Davis started the Dixie Hummingbirds that he he did have a clue that they would last as long. He said that all they wanted to do was just to try to make a living and they stayed with that and as different members of the group left, ohers replaced them. They came in with the same feeling and with the same drive and that’s what kept the group going for all of these years. That’s what keeps us going.”

Joining the press conference by phone where he’s performing in Atlantic City was the legendary Stevie Wonder. Reminiscing about how he used to listen to gospel radio in Detroit on WJLB where he first heard the Hummingbirds, Wonder praised the group for being able to “sustain the message of God’s music” for so many wonderful years. Wonder called in to sing their praises and to thank them for their music and for working with them over the years, specifically performing with the group and Paul Simon on Simon’s “Loves Me Like A Rock” a number of times. He apologized for not being at the conference in person, however hailed the band’s gift of song. “The gift of music is the gift of praise,” said Wonder.

On hand to make comments at the news conference were WXPN General Manager Roger LaMay who said that while the Hummingbirds stood on their own as gospel giants, LaMay quoted Dixie Hummingbirds biographer Jerry Zolten and discussed how they were influential on secular bands like The Temptations. A mural of the Hummingbirds on Dixie Hummingbirds Way was created in collaboration with WXPN and Mural Arts Philadelphia was created as a testimony to the band. Cathy Harris, Mural Arts Philadelphia’s director of community murals, was also on hand and spoke about the band’s importance.