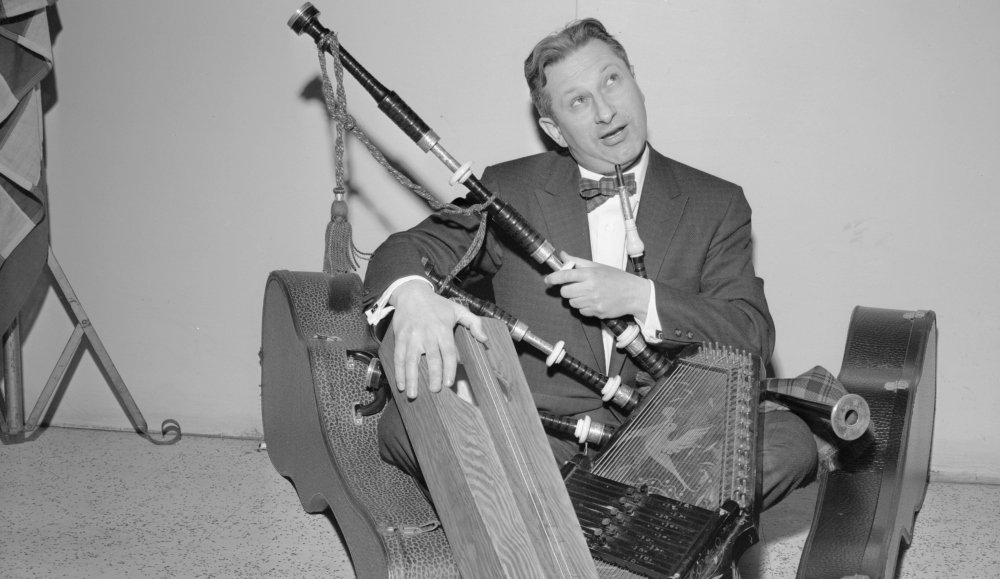 The Studs Terkel Radio Archives is a digital collection of recordings of the iconic broadcaster’s radio interviews on Chicago classical radio station WFMT. After Terkel retired in 1997, all 5,600 of his recordings were donated to the Chicago History Museum. With support from the Library of Congress and the National Endowment for the Humanities, many of these recordings have finally been made available to the public.

Born in New York, Terkel and his family relocated to Chicago where they owned a boarding house. While he is best remembered for his interviews and books that centered on everyday Americans, he was also a passionate lover of music across different genres. 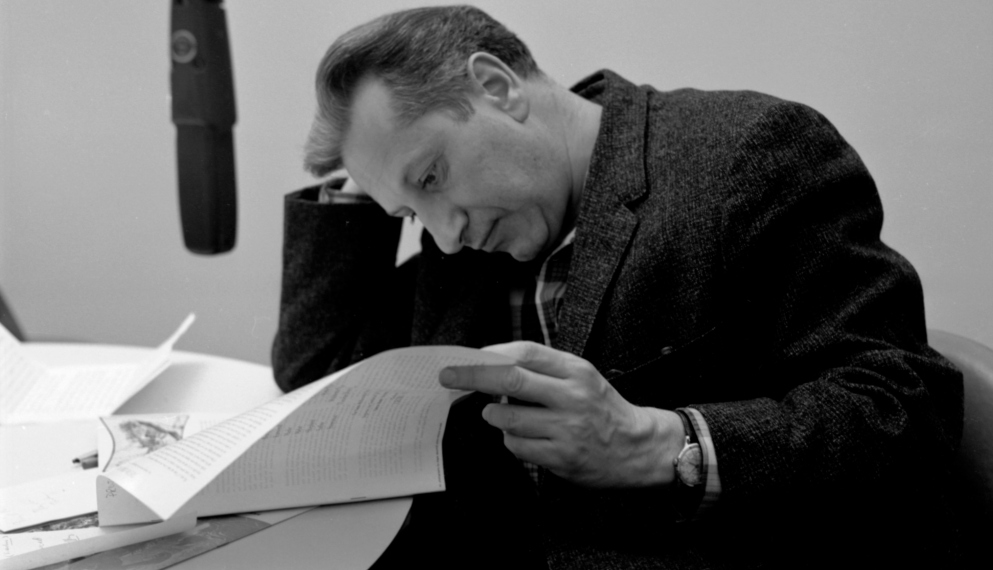 Studs Terkel was known for his effervescent interview style, red checkered shirts, and unyielding curiosity about the people around him. In an interview he did in 2005 on NPR’s Talk of The Nation, Terkel said: “People think of me as an oral biographer, and it sounds fancy and it’s good and I accept it, but at heart I’m a disc jockey.”  His musical interests were eclectic. They ranged from jazz to blues and opera to folk and gospel. He noticed the threads that tied seemingly disparate genres together. The Wax Museum focused on jazz music, but never shied away from swapping genres. After landing a regular spot on Chicago’s WFMT, Terkel broadcast interviews with musicians from Marian Anderson and Bob Dylan to Pete Seeger and Louis Armstrong.

In the late 1940s, Terkel went to a record store in Chicago looking for jazz records to play on his radio show, the Wax Museum. Flipping through the stacks, he came across an Apollo Records 10” record unlike anything he had heard before: Mahalia Jackson’s “Move On Up A Little Higher.” Cue the proverbial record scratch. Terkel left that day with the indelible memory of Jackson singing, “Yes, we gonna live on forever/ Yes, we gonna live on up in Glory after while.” Inspired by Jackson’s voice, he visited the Greater Salem Baptist Church on South LaSalle Street where he met the gospel singer. This began a decades-long friendship.

Terkel often featured gospel music artists on his program including the “Father of Gospel Music,” Thomas Dorsey.  In a 1961 interview, Terkel sat down with Thomas Dorsey and discussed the blurry lines between secular and sacred music:

Studs Terkel was fascinated by the lives of the people behind gospel music. He was also curious about the historical roots of this sanctified music. In 1982, he spoke with gospel music historian Lucius Bell Jr. on the influences of West African music, Spirituals, and blues on gospel music:

After their first  encounter at the Greater Salem Baptist Church in South Chicago, Terkel went on to produce Mahalia Jackson’s radio show. When Jackson was asked to fire Terkel after he was blacklisted during the McCarthy era, she refused. Along with their mutual passion for gospel music, they both shared a propensity to speak their minds. In 1963, Studs Terkel and Mahalia Jackson had a conversation on his WFMT show. They discussed  gospel music, the era of desegregation, and Jackson’s experiences as a Black woman in the US:

Mahalia Jackson’s music became spiritual backdrop of the Civil Rights Movement with her performances of songs like Thomas Dorsey’s “Take My Hand Oh Precious Lord,” which was a favorite of Dr. Martin Luther King, Jr. The cadence of her voice captures the simultaneous hurt and hope so many Americans experienced.

Terkel asked Jackson about the connection between gospel music and its connection to the fight for civil rights:

For Terkel, the people and stories behind each song made the music richer. His desire to connect with the human spirit led to some of the most illuminating conversations about gospel music on radio. He challenged his interviewees and engaged them in earnest dialogue about their life’s work and its impact. He played a critical role in amplifying gospel music to wide audiences.